Rabbids Invasion: Mission To Mars is an astronomy-comedy kids TV special that aired on Okoo on France Télévisions channels September 2021 and on Netflix February 18, 2022.

On July 15th, 2019, it was announced in the same article that displayed Season 4 coming to Netflix, that a TV special was in the works, later poster drafts made by Two Dots Studios and Seed Seven[1] were released giving fans a sneak peek of what's to come. Production began on January 2020 using the animation software Blender version 2.83[2]. Storyboards, pre visualization, and editing were handled by Supamonks. The project stayed silent for over 2 years, until a document released onto MIFA which contained the plot of the special.[3] 5 Days later, Blendernation released an article on June 19th, 2021 that listed a release date and showed off a release date. On September The 8th, The writer of the special, Arnaud Bouron replied with a poster of the French version named "Objectif Mars". On Twitter, a tweet was made about the ending being with an alien invasion.

When Nebulous Industries announces they are recruiting Rabbids for a mission to Mars, Lapinibernatus doesn’t think twice. As a genius, misunderstood Rabbid, he has dreams of going to the red planet. After successfully passing the tests, he takes off with three other Rabbids: Disco, the lively queen of the dancefloor, Cosmo, the pilot with self-confidence issues, and Mini, a tiny Rabbid who HATES being mistaken for a kid. But as this unlikely team leaves the Earth for Mars, a more sinister plot reveals itself.

A 2D drawn version of the to be a final poster with the "Just Landed" writing being from the back of the rover to the subtitle and with Lapinbrenatus now riding the rover along with that, a PG-13 logo appears in the bottom but it's not official if it will be more mature than the show and could've been put there as a joke(or not) 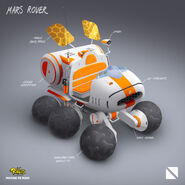 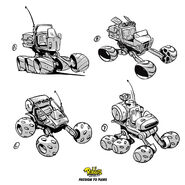 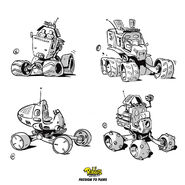 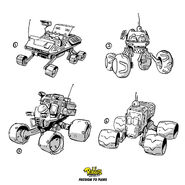 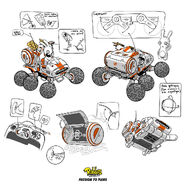 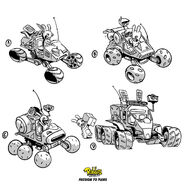 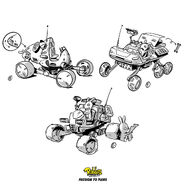 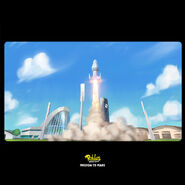 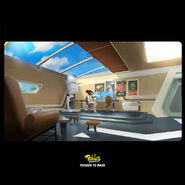