-When he say it at the Nintendo Logo in Donkey Kong 64.

Donkey Kong (Or Simply DK) is a Brown fur Gorilla that live in The Jungle In The Mario Series, He Also Got his Series Too, Donkey Kong was a playable character that was introduced in the Mario + Rabbids Kingdom Battle: Donkey Kong Adventure DLC. His abilities include a grab-and-throw skill that allows him to toss both friends and enemies. He also uses a Banana-rang in the game. He uses a version of Hero Sight called Hairy Eye, and can also pound a bunch of enemies consecutively with his DK Ground Pound after luring them with Magnet Mambo. One down side to DK is that he can't perform a team jump.

He, Along with Rabbid Peach 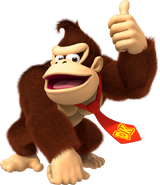 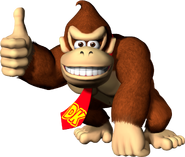 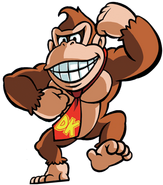 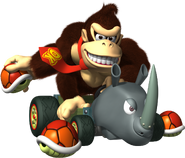 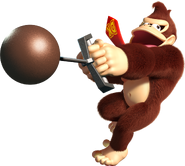 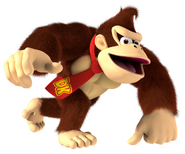 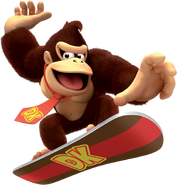 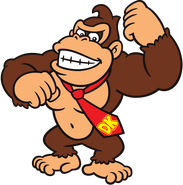 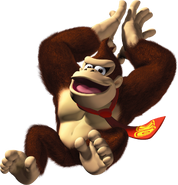